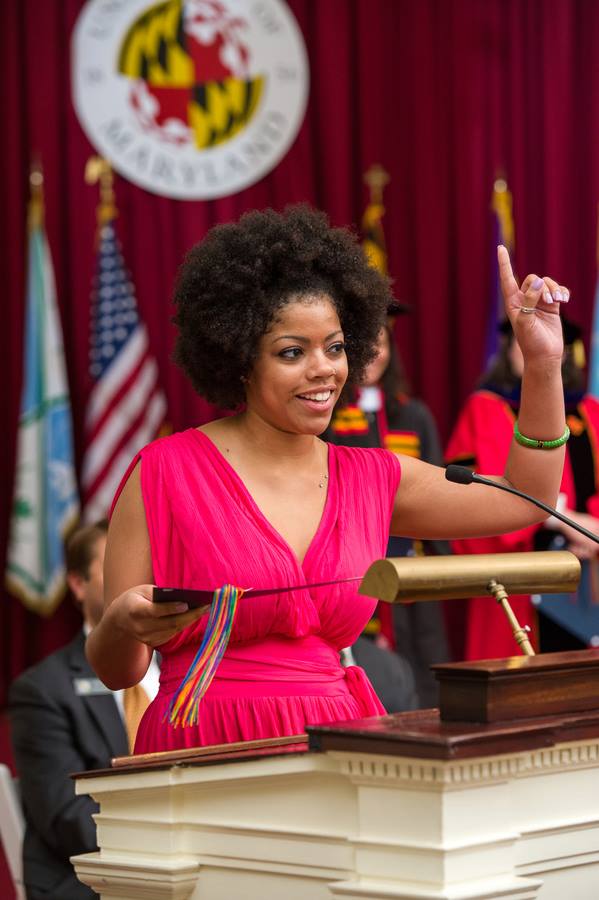 The Lavender Leadership Honor Society is an initiative of the LGBT Equity Center and advised by a student board. The honor society celebrates and develops leadership for LGBTQ+ social justice. It is open to University of Maryland, College Park undergraduate and graduate students, as well as staff, faculty, and alumni of the university. Founded in 2015, the society has been acknowledged in the Washington Post, and is believed to be the first collegiate honor society focusing on leadership for LGBTQ+ social justice.

Vision and principles of the Lavender Leadership Honor Society and its members:

We seek to create a world and a university community that is fully equitable, and which empowers agents of social justice for lesbian, gay, bisexual, transgender, and queer people, and all those who face structural and interpersonal marginalization because of their gender identity and expression or their sexual orientation.

We also believe in solidarity and collaboration, and in intersectional approaches to social justice that affirm the whole person and all things that can lead to liberated and flourishing communities.

We are a diverse community of leaders who value inclusion, kindness, and genuineness as core leadership values. We seek to build communities and networks, to support our communities, to foster an environment that creates spaces for many and diverse leaders and voices, to educate others, and to advocate for equity.

Lavender Leadership Honor Society holds an induction ceremony every spring to honor undergrads, grad students, staff/faculty, and alumni who have been leaders within the LGBTQIA+ community on campus.  Various awards are available to undergrads, grad students, staff/faculty, alumni, and friends of the university.  Nominate yourself or someone else for an award or recognition.

To apply to be inducted, head to https://umdsurvey.umd.edu/jfe/form/SV_cT2mlg7WqN4765L.

The ceremony will be held on Thursday, April 30th from 5-7pm in the Prince George's Room in STAMP.  There will also be a premixer for inductees at 4:30pm, prior to the ceremony.

In addition to inducting over 150 student, staff, faculty, and alumni members to the honor society since our founding in 2015, we have inducted several honorary members:

Laverne Cox, Actress and advocate for trans women of color and human rights

Patrick Wojahn, Mayor of the City of College Park